Wines were chemically characterized and analysed for volatile compounds content. A sensory analysis, consisting of a descriptive and a triangular test, was also carried out. Results from this study showed that the concurrent yeast/bacteria inoculation of musts at the beginning of vinification produced a reduction in duration of the process without an excessive increase in volatile acidity. Differences in volatile compounds content and the corresponding impact on the sensorial profile of wines were also displayed. These results suggest that co-inoculation is a worthwhile alternative for winemaking of Cabernet Franc wines, if compared with traditional post-alcoholic fermentation lactic acid bacteria inoculation.

COMMENT: Interesting to see what goes in to wine making.  It is way more than the images we may have in our heads from Lucy and Ethal's days stomping grapes. 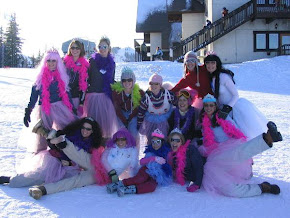 This site is a place for our quiet reflections on everything we love about being Women Who Wine.

For friendly conversation join us on